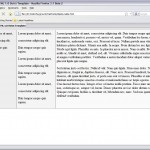 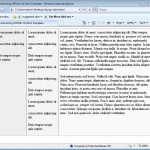 39 thoughts on “Use CSS display:table for Layout”